Opening his eyes, Jerek stared up at the ceiling above him. He could hear voices talking outside, but he didn’t have the desire to get up to investigate. Instead, he wanted to lie there forever and ignore the pain that racked his body. Punishment, he decided, was the worst thing that could happen to a person.

The door opened, letting the red sunset splash onto the floor as Tryne poked her head in. “Hey, Jerek, are you awake?”

Pushing her way into the room completely, Tryne walked up to the bed and leaned over Jerek, trying to catch his gaze. “I’m supposed to get you up and moving around.”

“What? Why?” Jerek frowned, pretending to feel betrayed.

“Because in Ken’s expert opinion that would be the best thing to do to keep your muscles from getting stiff.”

“Yeah, he showed up about an hour ago. Sorry, we were talking about you.”

“I do,” Ken answered, standing silhouetted in the door way. “But I’m here to make a proposal to you.”

“For what?” Jerek finally sat up, squinting to look at Ken.

“I want you to help us take Nosaj out of power.”

“If you do it, then I’ll calmly hand Tryne over to you and let you marry her. No objections.”

“You never told me about that, Ken.” Tryne frowned, sticking her tongue out at him. “I’ll do what I want.”

“What if I don’t do it?” Jerek asked, grinning.

“I’ll tie you up and force you to watch Tryne and I get married, then I’ll kill you.”

“What if I say I’ll do it, then betray you?” Jerek questioned again, starting to smile widely now.

“Then I’ll hunt you down and kill you, then marry Tryne over your grave.”

“That’s enough Ken! Honestly, you act like I’m some sort of object to pass around!” Tryne loudly protested, glaring at Ken.

“All right, I’ll do it. But only because the prettiest girl in the world is at stake. Unless, of course, I decide to kill you right now and marry Tryne over your grave,” Jerek coyly answered, tilting his head to one side.

“Not you too!” Tryne threw her hands up and walked to the door where Ken moved to the side to let her through.

Ken strode further into the cottage, closing the door behind him and filling the room with darkness. “I figured you were with Nosaj right from the start. The only reason I never said anything was because Tryne had taken a liking to you.”

“Shouldn’t that have been a reason for you to sing out against me? You’re a smart one.” Jerek shrugged. “Is that what we’re going to talk about now?”

“No.” Ken shook his head. “Tell me honestly, why have you decided to join me?”

Jerek looked at Ken with a penetrating gaze before answering, “For revenge.”

Ken seemed satisfied with that answer, thoughtfully pursing his lips together. “Then I have nothing to fear from you, for now. Tryne said that you had left Nosaj, but I couldn’t be completely sure until I found out your reasons for myself.”

“How old are you?” Jerek suddenly inquired.

“What? Why does it matter?”

“Because it seems as if you’ve been leading this resistance group for a long time. Long enough to not trust anyone at all.”

“Let’s just say that I’ve had a lot of experience during the time I’ve been involved in our resistance. I’d dare say I’m younger than you, though.”

“How old are you?” Ken asked, throwing the question back at Jerek.

“I’m twenty-three. I knew I was younger than you.”

“Then how long has this resistance group been around?”

Ken shrugged. “I don’t know, for longer than I’ve been alive. My parents were part of it, and I think my grandparents too.”

“Nosaj has been in power for thirty years and the terrorists haven’t ever been able to kick him out, or even prevent him from doing anything? What makes you think that is going to change now?”

“Because we’ve grown.” Ken’s eyes started shining as he passionately explained, “There are a lot more of us now than there have ever been before. Young adults who are more willing to fight because they have nothing to lose, and everything to gain. Do you understand? More and more people are recognizing that Nosaj’s dictatorship isn’t a good form of government at all, and they are also willing to risk anarchy to get rid of him. Of course, that’s not going to happen.” Ken puffed out his chest, drawing his shoulders back and raising his head up. “Once he’s gone, we’ll be establishing a democracy under my care and guidance.”

“And you’re going to be elected as the leader,” Jerek interjected.

“You know, if I stay with Nosaj, or if I kill both you and him, I’ll be the next leader,” Jerek said casually.

“But you don’t want to be the next leader. Tryne told me that you wanted to run away with her.”

“Tryne talks to you too much,” Jerek muttered.

“Besides, the ambition to become a ruler in and of itself isn’t a bad thing at all. I don’t want to abuse my power, but rather use it to ensure that the people’s lives will be better.”

“How strange, I swear I’ve heard Nosaj give the exact same speech.”

Ken drew back defensively, glaring at Jerek. “My people will be saying that, not me.”

“It’s just a matter of perspective, I guess.” Jerek shrugged his shoulders in a disarming manner. “Just make sure you don’t raise taxes too much, or soon you’ll find yourself being usurped.”

“There will be a ruling council as well. I won’t be the only one in charge.”

“Is there any food?” Jerek stood up, stretching his arms above his head then pulling them back down with a wince.

“Ask Tryne. She’s probably been listening into our conversation.”

“Not the entire thing!” a muffled voice came through the door, then it opened and Tryne came inside. “I’ve prepared a picnic basket for us. We can go down by the stream to eat.”

“I’m too famished to walk.”

“If you want to eat, you’ll have to walk.” Taking hold of Jerek’s hand, Tryne pulled him outside. “I want to hear you say it to me again.”

“What you said to me before you fell asleep, of course.”

“Oh.” Jerek looked over at Ken.

“Don’t be embarrassed on my part,” Ken said teasingly. “I already know all about it.”

“Come on Jerek, I love you.” Tryne stopped, moving closer to him to whisper in his ear. “I love you with all my heart.”

“I love you too, Tryne,” he mumbled, slightly turning pink.

“It was a lot more dramatic the first time you said it, and I think I liked that one better. It really took me by surprise, but I could have died of happiness while you were venting about how much you loved me.”

“What are you getting at?”

“This is just payback for bargaining with me like that.” Tryne smiled, wrinkling the bridge of her nose.

“Ken started it. Do something to torture him.” Jerek scowled over at Ken, who was silently laughing to himself.

“Tch, maybe I ought to let him marry you instead.”

Tryne moved her arm up to hit Jerek, but he scuttled away and uttered, “Wounded,” before she actually landed any blows. Lowering her hand, she grabbed onto Jerek’s arm and hugged it, briefly saying that she was sorry.

Jerek laughed, feeling as something wonderful filled up the inside of his chest. It seemed that once he took care of Nosaj, his life would become much happier and peaceful, and he wanted that. Destroying Nosaj would be the gateway into that life. 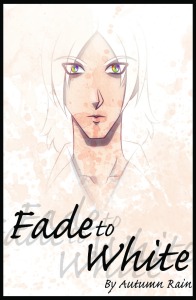