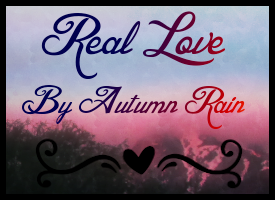 I’m a hopeless romantic, through and through.

This was perhaps a bit silly of me, but after “The Scion Suit” gained a smidgen of attention on Reddit, I wondered if I should downplay the romance aspect of The Black Magus to make it sound more appealing to the sort of people who would actually read it — after all, I don’t think that I’d gain much traction with Twilight fans. But, I decided that would be rather disingenuous, considering that it’s right there in the very first chapter.

So there you have it: The Black Magus is the ultimate Mary-Sue fanfic, where the main character is a shy nobody who through sheer coincidence gains the attention of the most powerful magus on the planet. He competes against another magus to win her affection in a saucy love triangle, and ultimately pulls ahead by gifting her the most expensive car ever built. The girl, on the other hand, maintains an emotional affair with the other guy, just to prove how strong and independent she is after she’s married …

I’m totally not awesome enough to write that.

It’s not the sort of crap that’s always portrayed in popular romance novels. It’s also not the sort of “singles together” crap that we’re told to settle for because “romance doesn’t exist”. You won’t find any Taylor Swift songs that fit it.

It’s about devotion and compassion. It’s about two people joining together to become a family, and learning how to be there for each other. It’s about real love.

There’s also some stuff about magic and the world they live in, and a few other characters who have some dialogue and whatnot. You know, that necessary story-type stuff, to flesh it out into an actual novel and set up the sequel.

So, I have decided against downplaying the romance aspect of The Black Magus, because it is the entire foundation and structure of the novel. Please, don’t dismiss it because of a few bad stereotypes — I assure you that this story is different.