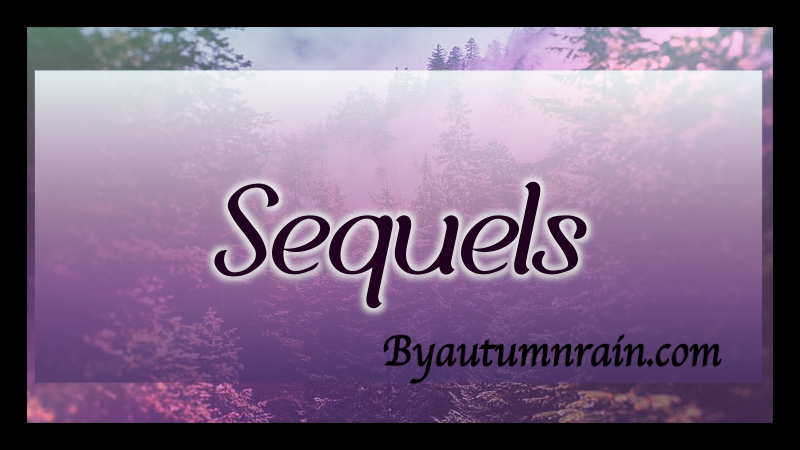 I’ve never written a sequel before.

Which is kind of … weird.

My writing history is pretty standard: started writing Redwall fanfiction as a kid, fell madly in love with the craft, and never quit. I had finished a couple of novels by the time I graduated from high school, etc, etc, et cetera. Maybe I’m supposed to care more about my “credentials,” but, meh. When I look back, all I see is inexperience and immaturity, and they ain’t nothing to brag about.

The other day when I started writing the sequel to The Black Magus, it struck me that in all this time, I’ve never written a book #2 before. You’d think that in over 20 years I would have at least experimented with it, but apparently not.

And sequels require a whole slew of new things to be mindful of.

For starters, I don’t want the second book to be completely incomprehensible to anyone who hasn’t read the first, which means that I need to artfully provide relevant exposition without devolving into “Previously on____” style recaps. This is going to require a fair bit of thought.

I also think that I ought to read The Black Magus and take lots of notes, to ensure better consistency between the books despite the real time that has passed between them. I’ve read too many sequels that ruin the gems introduced in the first book, so I want to do my best to prevent that from happening. Not to mention, retcon-ing is straight up awful.

I make the exception for “Rumors of my demise…” In the future, I think that I’m going to kill off a character just so I can bring them back in the sequel with that line, lawl.

Other things to be mindful of: Character drift, pointless repetition of the same plot elements, mixing new characters with the old, getting someone drunk again …

I’m definitely going to be learning on the go with this one.